A constitutional challenge to President Trump’s continued ownership of his businesses has been ordered dismissed by a federal appeals court.

The case was brought by the attorneys general of Washington, D.C., and Maryland, arguing that Trump had violated the domestic and foreign emoluments clauses of the U.S. Constitution by accepting money from state and foreign governments via his Washington hotel and business empire.

A three-judge panel at the U.S. Court of Appeals for the 4th Circuit ruled unanimously that the attorneys general did not have the standing to bring the lawsuit and instructed a lower court to dismiss the lawsuit.

Ginsburg can’t praise Kavanaugh for hiring all women… That will ruin the narrative. 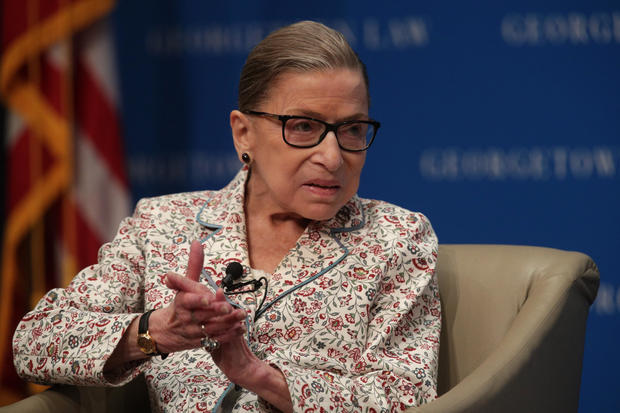 Supreme Court justice and liberal icon Ruth Bader Ginsburg on Tuesday praised newly-confirmed Justice Brett Kavanugh for appointing an entirely female staff. Ginsburg spoke about her own history in the fight for gender equality to a packed auditorium at Georgetown Law School.

Ginsburg praised Kavanaugh — whose controversial confirmation was marked by allegations of sexual assault — and remarked that the court’s upcoming fall term will be the first time in history that more women will be clerking than men.

Fairness, ethics, and equal opportunity are for the plebes at Sidwell Friends and other elite schools.

The motto of Sidwell Friends School, the hyperselective “Harvard of Washington’s private schools,” is simple and lofty. “Eluceat omnibus lux”—Latin for “Let the light shine out from all.” But bright lights sometimes illuminate the worst in people. Last month, shocking behavior by parents may have led two of the school’s three college counselors to leave their jobs.

School officials have repeatedly warned parents, who represent the pinnacle of elite Washington, about their offensive conduct. In January, the head of the school, Bryan Garman, sent a remarkable letter to parents of seniors in which he demanded that they stop “the verbal assault of employees.” He also reiterated a policy banning them from recording conversations with counselors and making calls to counselors from blocked phone numbers. Garman also suggested that some parents were responsible for the “circulation of rumors about students.”