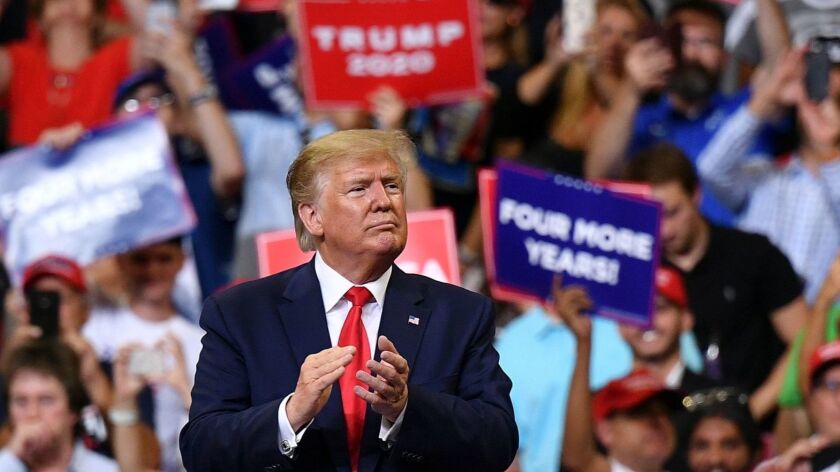 An October 2016 article in The Atlantic that was meant to apply to Trump and republicans lays bear the traitorous nature of the democrat’s hypocrisy.

This is why the democratic bargain is so important: Winners do not suppress losers, which means losers can hope to be winners in the future. As a result, the losers’ doubts about the legitimacy of the political system gradually recede as they prepare for the next election.

But if the losing candidate doesn’t uphold his or her side of the bargain by recognizing the winner’s right to rule, that acute loss of faith in democracy among the candidate’s supporters can become chronic, potentially devolving into civil disobedience, political violence, and a crisis of democratic legitimacy. How the loser responds is especially critical because losers naturally have the most grievances about the election.

“[I]n the aftermath of a loss, there is plenty of kindling for irresponsible politicians to set fire to,” Bowler notes. “Most politicians who lose elections recognize this potential for mischief, and so they ordinarily make a creditable run at helping to keep matters calm.”

All losing presidential candidates in modern U.S. history have avoided the temptation to fan the flames of grievance, and have instead shown restraint and respect for the peaceful transfer of power. Many Americans take this norm for granted, and it can operate in subtle ways.

Long story short: Trump isn’t just an American phenomena. At the Australian ballot, and all throughout the Anglosphere and Western Society in general, there’s a revolt against policies pushed by the left wing.

The result of Saturday’s federal election in Australia is being treated as the most staggering political shocker in my country since World War II. Scott Morrison, leading the Liberal Party, looks to have won a majority government—a result that defies three years of opinion polling, bookie’s odds and media commentary.

In the aftermath, analysts on both sides are trying to explain what went wrong for the centre-left Australian Labor Party, and what went right for the centre-right Liberals. Some attribute the result to Morrison’s personal likeability, and his successful targeting of the “quiet Australian” demographic—the silent majority whose members feel they rarely have a voice, except at the ballot box. Others cast the result as Australia’s Hilary-Clinton moment: Bill Shorten, who resigned following Saturday’s loss, was, like Clinton, an unpopular political insider who generated little enthusiasm among his party’s traditional constituencies. In 2010 and again in 2013, he roiled the Labor Party by supporting two separate internal coups, machinations that cast him as a self-promoter instead of a team player.

Yes, it has to be said: the DNC is The Evil Party.

Way too many Democrats are ready to burn it all down and literally have a white hot HATE for their fellow Americans, because Hillary didn’t get win in 2016.

Republicans were still proud to be Americans after Obama was elected. This fact is made abundantly clear by Gallup, so choke back the, “but, but republicans,” whine we aIl know is bubbling up in you sore losers. In fact, the election of Obama made republicans prouder to be Americans.

Yes, that’s right. Way too many of you Democrats are sore losers, and I’m not excusing the party anymore as I’ve done for decades, because it’s clear which political party was the most extreme and committed to creating the most electoral violence in 2016.

The gloves are off now, we’re ready to call a spade a spade: a political party that uses mass media propaganda, and fosters this kind of hate is THE EVIL PARTY.

And don’t get me wrong. Republicans aren’t that much better. When they’re not secretly engaged in affairs and committing crimes, they’re doing and saying things so idiotic it makes you wonder how they figured out how to tie their own shoes.

So many claimed it wasn’t true. It was an outright lie. Yet anyone with an ounce of common sense knew that the FBI couldn’t have conducted an investigation if there wasn’t some spying.

All the left has are semantics.

The Washington Post’s Bob Woodward warned on Wednesday that there are people from the Obama administration who could be facing criminal charges for unmasking the names of Trump transition team members from surveillance of foreign officials.

House Intelligence Committee Chairman Rep. Devin Nunes, R-Calif., said earlier that he had briefed Trump on new information, unrelated to an investigation into Russian activities, that suggested that several members of Trump’s transition team and perhaps Trump himself had their identities “unmasked” after their communications were intercepted by U.S. intelligence officials.

The revelation is notable because identities of Americans are generally supposed to remain “masked” if American communications are swept up during surveillance of foreign individuals.

If there is unrest and violence after election day, I think we now know why. https://t.co/P6WNdG36f5

2016 Election Forecast: Who Will Be President? – The New York Times