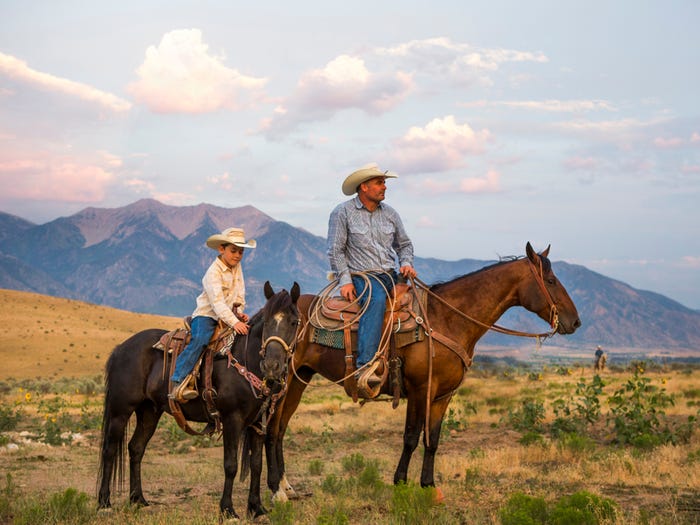 I moved to a small town at just the right time in national politics. It feels like the conservative/liberal divide has grown to absurd proportions, and in part it’s become a geographic divide as well as a social one.

I’m a coastal liberal who now lives around rural conservatives, and living here has forced me to see things from another perspective.

My town was settled mostly by Latter-day Saints who worked in ranching and farming. There’s still cattle and farmland interspersed between the burgeoning neighborhoods. Many of the county elders and large landowners are still Mormon farmers and ranchers, and religion is such a big part of life that leaving the church can mean for some people losing social and family ties.

I’ve come to understand the fear some small-town residents have of technology and new ways of working. In cities, people embrace new industries powered by tech and don’t think twice about the demise of agricultural jobs. But when you were raised to be a cowboy, it can be frustrating to discover the only way you can make enough money to buy a house involves computers. I’ve seen this frustration unfortunately get aimed at newcomers to my town, many of whom are college-educated coastal liberals who ride bikes and skis instead of horses.

I would not have seen this very real problem fueling rural discontent had I never left LA, even if I feel like some of that anger is directed at me. But I’ve also gained a new perspective on national issues that I would have missed had I stayed in the city.

For example, after Donald Trump’s election, I saw memes and posts from friends in California talking about how their state should secede, or how sparsely populated states should have their electoral college votes or senate representation reduced.

My first thought was water: Many of the rivers they depend on in California come from headwaters up here. As the saying goes, in Wyoming, “whiskey’s for drinking, and water’s for fighting over.” When I pointed out that to disregard these states could result in dire consequences for water-hungry California, I got attacked by people with whom I agree on 99% of the issues.

Source: The biggest culture shocks I faced after moving to a town of 2,300 – Business Insider